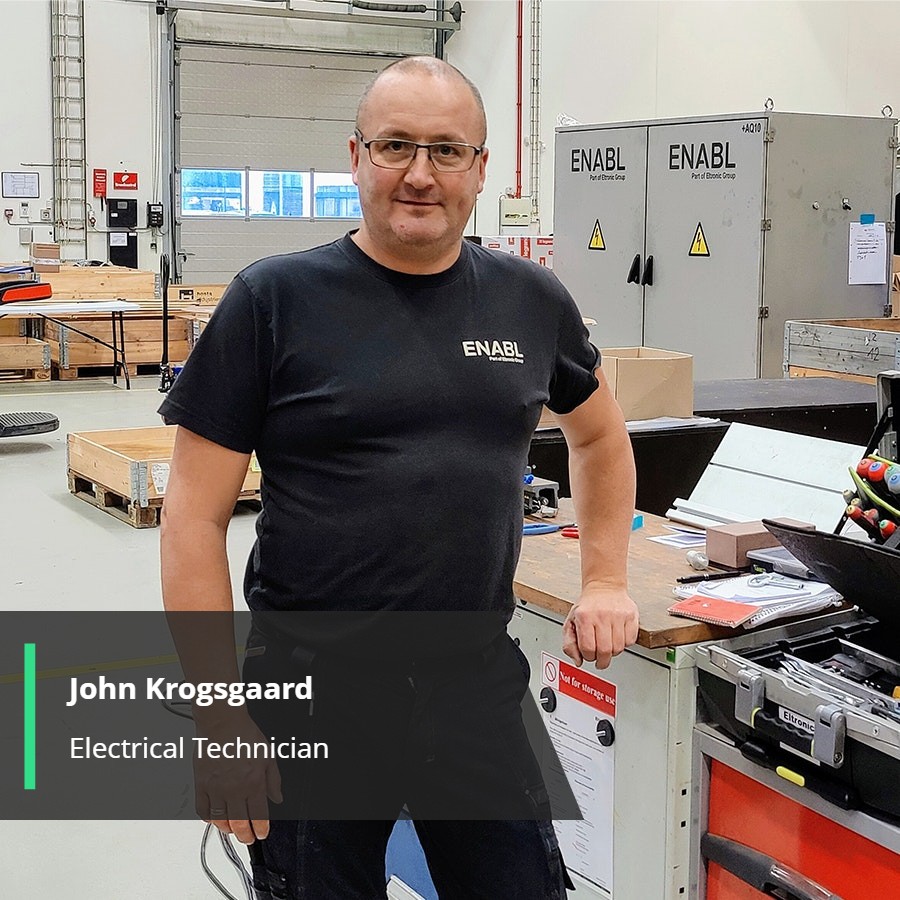 John’s work base is in the workshop in Hedensted, Denmark, but he often works on-site for various customers, mounting and installing equipment. At the moment, John is occupied with working on generator testers. Throughout his career, he has, among other things, also worked on traverse systems and carbon fiber machines.

On-site work around the world

When John was employed in Eltronic A/S, he had the opportunity to go on his first work-related travel – to an on-site job in Switzerland. This became the starting point for much more traveling. John has since then worked on-site in many different countries. His travels have, for instance, led him to Germany, Spain, Italy, China, and Colorado in the US.

John has grown fond of traveling and enjoys experiencing how people from other countries work. He also appreciates working on-site because he typically finds on-site work more challenging. What appeals to John is the fact that on-site work often sparks issues which require quick resolution and creative thinking.

“I think ENABL is a very nice workplace, and seeing the company grow has been quite a journey. I also really like the way we work. You don’t get to work the way that I do at many other companies,” John says.

In the light of John’s 20-year anniversary, we wish him a big congratulations!