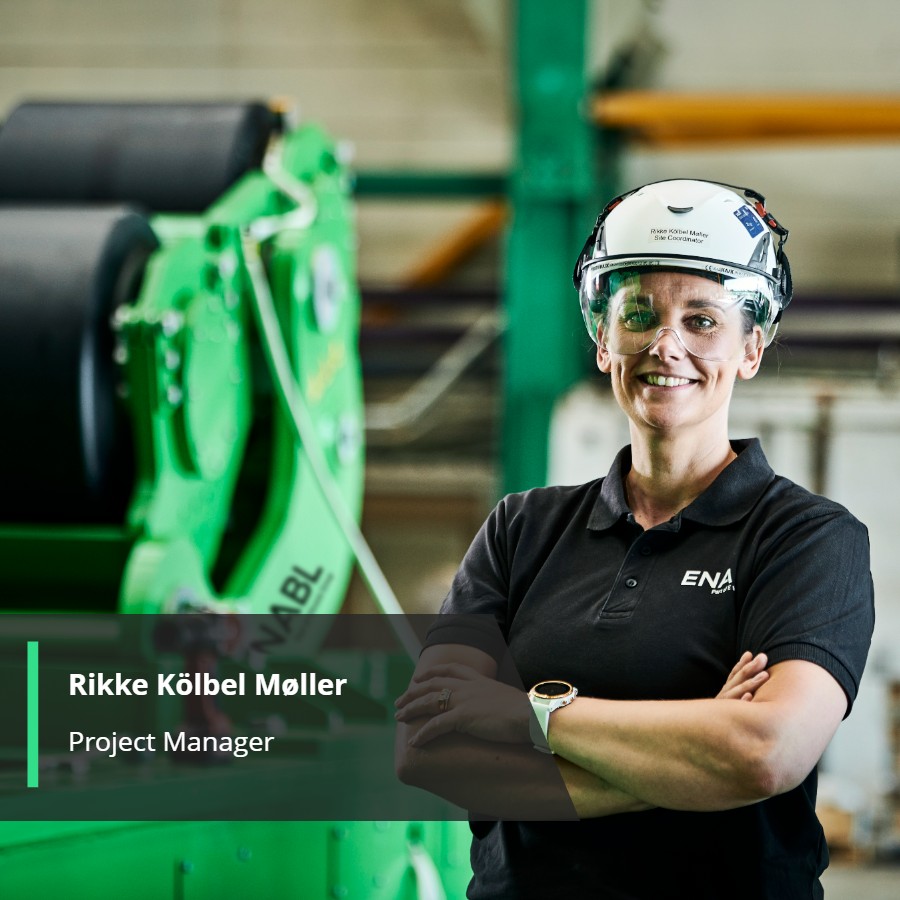 Rikke Kölbel Møller is one of ENABL’s skilled Project Managers. Currently, she is assigned to a large project involving assembly and installation of monopile production equipment at the premises of one of ENABL’s customers.

Rikke’s path to become Project Manager at ENABL has, however, not exactly been straightforward. Rikke is a trained shop assistant and has studied to become a market economist. According to Rikke, she managed to find her niche due to ENABL.

A foretaste of several industries

Before Rikke was offered a position at ENABL, she got acquainted with a number of different industries. At the very beginning of her career, Rikke was convinced that she wanted an office job. She ended up, however, as a shop assistant.

Rikke soon realized that she wasn’t meant to spend her working life in a shop, so she initiated her studies to become a market economist. Subsequently, she has worked with marketing within both the fashion industry and the liquor industry.

Despite her various job experiences, Rikke didn’t manage to find her niche. When an acquaintance of hers offered to provide a major company within the wind industry with her CV, she therefore accepted – and was soon offered a position as Team Assistant.

First encounters with the wind industry

In her position as Team Assistant, Rikke supported projects within the offshore wind industry. The industry was fascinating to her, but she felt as if her position didn’t allow her to explore the projects in depth.

“As Team Assistant, I dealt with projects at a surface level, but I really wanted to delve deeper into the projects,” Rikke says.

After several years with the company, Rikke was offered a position as Project Coordinator at an offshore wind company. Her possibilities of advancing her career at the company were, however, not great. Luckily, Johnny Lauridsen, Director of Site Equipment at ENABL and one of Rikke’s former managers, reached out to Rikke and asked her if she would like to join ENABL.

In August 2021, Rikke joined ENABL, and in November 2022 she entered into her current position as Project Manager.

Today, Rikke is more than pleased to be part of ENABL. Soon after her employment, she was assigned to the large customer project on assembly and installation of monopile production equipment. Rather than dealing with projects at surface level, Rikke is now involved in the entire process – from seeing ideas on paper to delivering final products to the customer.

“I really enjoy being part of the entire process and seeing projects move forward. It is great to be able to work with the products on-site rather than simply at a desk,” Rikke says.

Concurrently with working on-site, Rikke has managed to obtain a Prince2 Foundation certificate and thus brushed of her project management skills.

Rikke has found her niche at ENABL

After working within several industries, Rikke has settled in with ENABL.

“I find the wind industry so exciting. It is interesting to be part of an industry which keeps developing. Products keep growing, and there are always new opportunities to explore. It is also really fascinating to work with products of such a massive scale. It’s so impressive that it is actually possible to create products which work within these dimensions,” Rikke says.

To Rikke, ENABL has played a crucial role in her professional development and in allowing her to pursue her interests. Johnny Lauridsen has, in particular, expressed his trust in her and supported her development. When the project which Rikke is currently working on comes to an end, she will join Johnny as part of ENABL’s Site Equipment team.

Years back, Rikke was convinced she wanted an office job. Over the years, her career has taken a massive turn, and Rikke is now incredibly pleased to be Project Manager at ENABL. 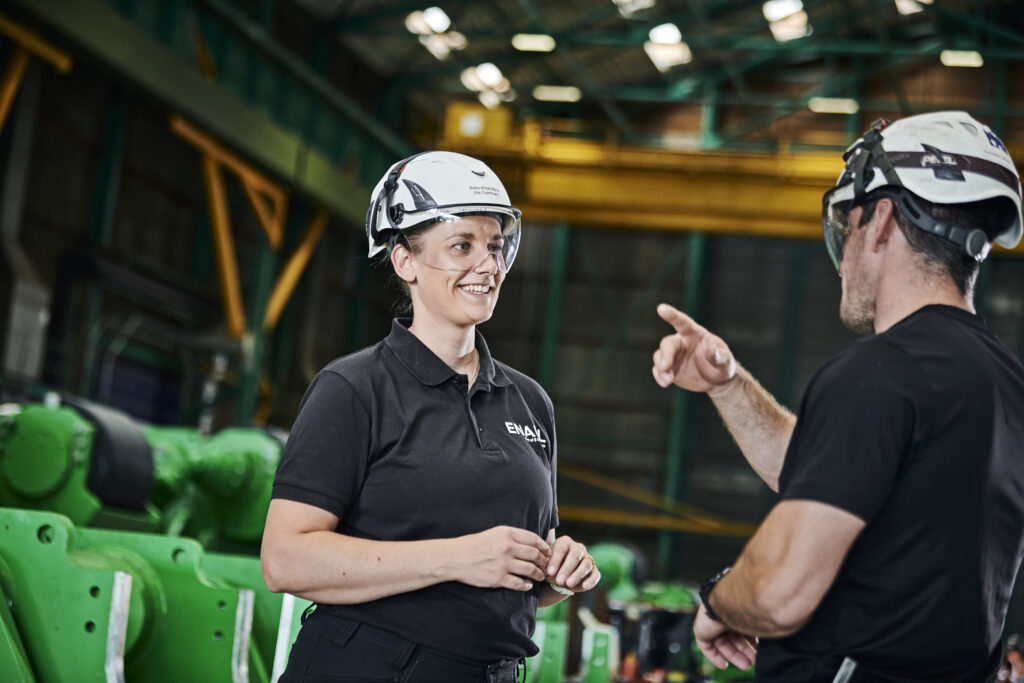