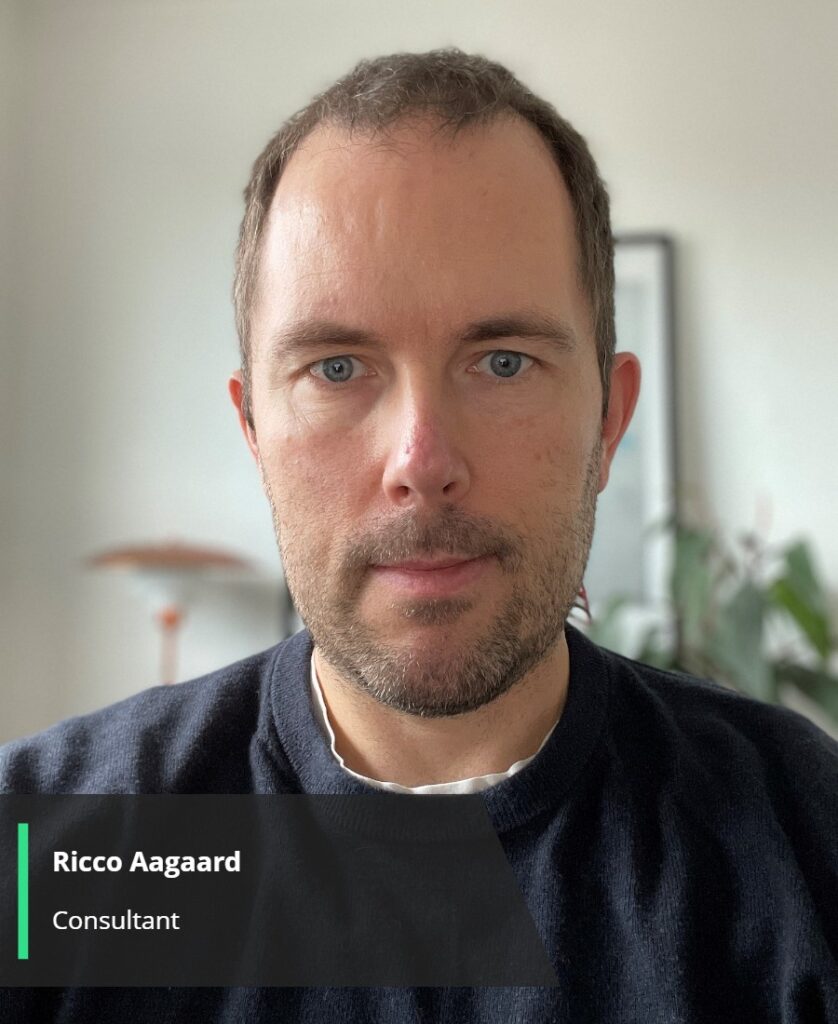 Ricco is one of ENABL’s skilled consultants, working with automation tasks on a daily basis. Years back, Ricco initiated his career as an apprentice, building and maintaining machines for mass production at a large Danish company. Later, he took on a position within the company’s quality assurance department.

Early on in his career, Ricco had a vision that he wanted to travel. Before entering into the consultancy field, he got a job as a travelling fitter within the food production industry. This position allowed him to travel across the world, working with installation, commissioning, and service of machines.

Ricco initiated his consultancy career at BIIR, one of the companies which merged into ENABL in 2021. Here, Ricco began working on a large project, namely an automated system for baggage handling at airports. Naturally, this project also involved a great amount of travelling, for instance to Singapore, Finland, Spain, and Germany.

Working as a consultant

During his career, Ricco has taken on many interesting projects. In his position as Consultant, Ricco functions as an automation engineer, occupied with the automation field and with PLC programming – an area in which he thrives and excels.

“Working as a consultant suits me very well as I appreciate being able to delve deeply into projects and make the most of my skills. Rather than attending to multiple projects at once, I can place all of my attention with my project at hand. To me, this entails peace to work thoroughly on tasks that I am passionate about,” Ricco says.

A big congratulations to Ricco on his 10-year anniversary!